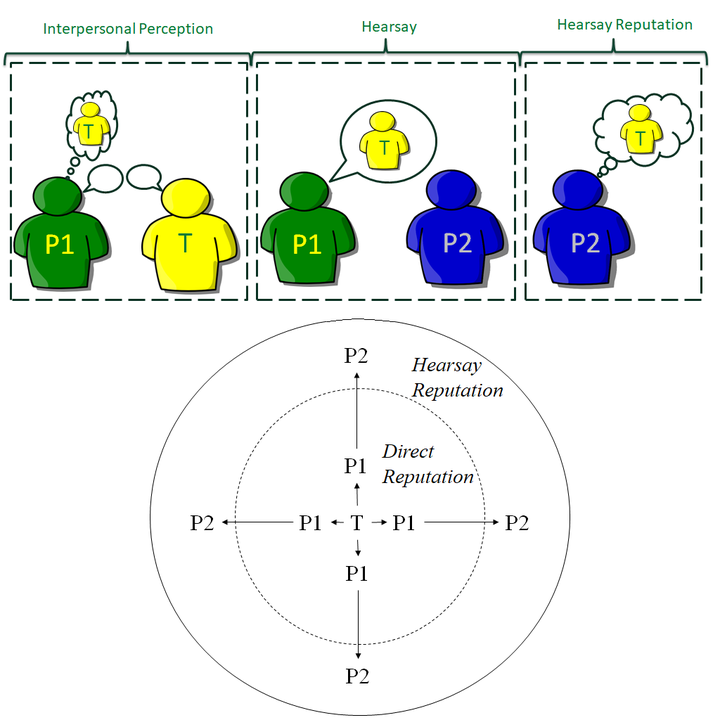 Reputations are critical in human social life: they allow people to share and act on information about one another, even when they have never met. Reputations can be conceptualized as information about a target person that is stored in networks of perceivers and transmitted through either direct interaction or hearsay. We present a novel paradigm that integrates the network approach with concepts and methods from interpersonal perception research. We apply that paradigm to study the relative valence, consensus, accuracy, and consequences of personality trait information in hearsay-based reputations. In two preregistered studies (N = 260 and 369), we created naturalistic micronetworks in the lab in which participants interacted and got to know one another, then later described each other to naïve third parties. Across studies, hearsay-based reputations were less positive than direct reputations and self-perceptions. Hearsay reputations demonstrated appreciable consensus (agreement) with direct reputations but only modest accuracy, suggesting that they provide a robust but substantially inaccurate signal. Neither hearsay consensus nor accuracy were moderated by individual differences in extraversion, empathy, or perspective-taking. In Study 2 we experimentally manipulated participants’ impression-formation goals, but this had no detectable impact on hearsay consensus or accuracy. Hearsay reputations were consequential, affecting the extent to which perceivers thought targets would be good leaders or friends. These results provide initial insights into reputation networks and suggest several important future directions for the network approach to reputations. We also present open materials and data analysis software for others to extend the reputations-as-networks approach.

Perceiving Personality Through the Grapevine: A Network Approach to Reputations

Reputations are critical in human social life: they allow people to share and act on information about one another, even when they have …
Cory K. Costello, Sanjay Srivastava
PDF Code Dataset Project DOI Preprint 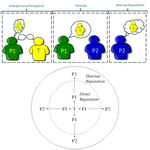 Gossip and hearsay enable reputations to extend beyond people who have met, but little is known about the resulting reputations. Across …
Jul 20, 2018 5:00 PM — 6:30 PM University of Zadar
Cory K. Costello, Sanjay Srivastava
Code Project Slides